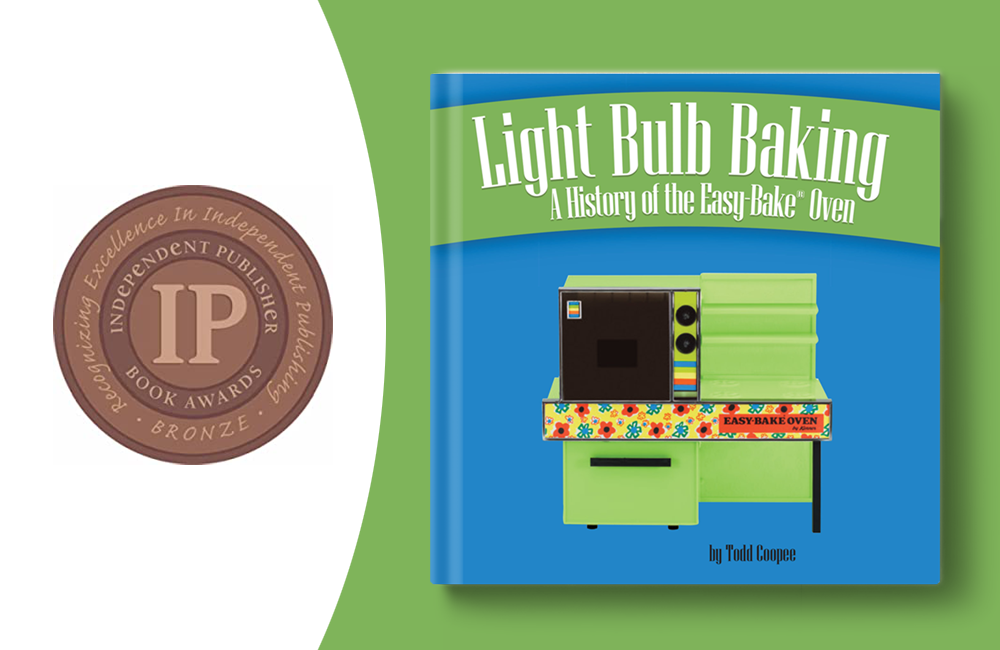 This first-ever definitive retrospective of the Easy-Bake® Oven celebrates the toy’s journey from children’s toy to pop culture icon and inductee to The National Toy Hall of Fame. Released in 2013, the book explores the innovation, history, economics, commerce, advertising, and marketing behind the toy’s 50-year history. The book is a must-read for vintage toy collectors, nostalgia buffs, foodies, and anyone who has ever peered through the oven’s watch-it-bake window, eagerly anticipating the moment they will be able to serve and enjoy their very own culinary concoction.

Launched in 1996 and conducted annually, the Independent Publisher Book (IPPY) Awards honor the year’s best independently published titles from around the world. Notable past IPPY Award recipients include Canadian Terry Fallis for his 2008 novel, The Best Laid Plans. Coopee will be awarded Bronze in the Best Regional Non-Fiction (Canada-East) category at the awards ceremony in New York City on May 28, 2014.

Light Bulb Baking: A History of the Easy-Bake® Oven is available in hardcover, paperback, and eBook formats at online retailers such as amazon.com, amazon.ca, barnesandnoble.com, chapters.indigo.ca as well as Coopee’s website: toytales.ca.

Todd Coopee is a toy historian and author.

Through his writing and speaking, Todd takes audiences on a journey of celebration and appreciation of the objects that inspired curiosity, thought, experimentation, and wonder during the formative years of popular culture development in North America.

Todd is an engaging speaker and writer with a focus on toys, nostalgia, and collecting. He writes and curates the blog, Toy Tales, and is owner of Sonderho Press, a boutique publishing company.

Todd lives in Ottawa, Ontario and is available for media interviews.